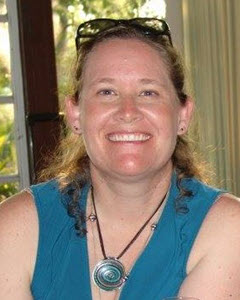 Stephanie Marcusky is a wife and mother of two children, both diagnosed with ADHD. She herself was diagnosed at 43 with ADHD, and afraid of what it meant.

ADHD seemed like a dreadful diagnosis; a failure of parenting her children and lack of learning to be an adult herself, all at the same time. But ignoring the diagnosis was worse – it kept her from learning the strategies and systems that could help her overcome the negative aspects of ADHD.

She has a Bachelors in Construction from the University of Florida, and an MBA from the University of Southern Mississippi, but she cycled through multiple jobs, even before having children. Having 2 kids in less than 5 years seemed to make the chaos worse. After losing a really special job created just for her, she finally got tested and diagnosed for ADHD. But even that wasn’t quite enough to make things click.

Psychiatrists were really expensive, therapy wasn’t changing things quickly enough, and traditional coaching with someone inexperienced in ADHD left her feeling like she was spinning her wheels. Looking specifically for coaching for people with ADHD, she found Laurie Dupar’s International ADHD Coach Training Center and set out to become her own coach, and teach others how to overcome the problems ADHD creates by focusing on the strengths ADHD can reveal.